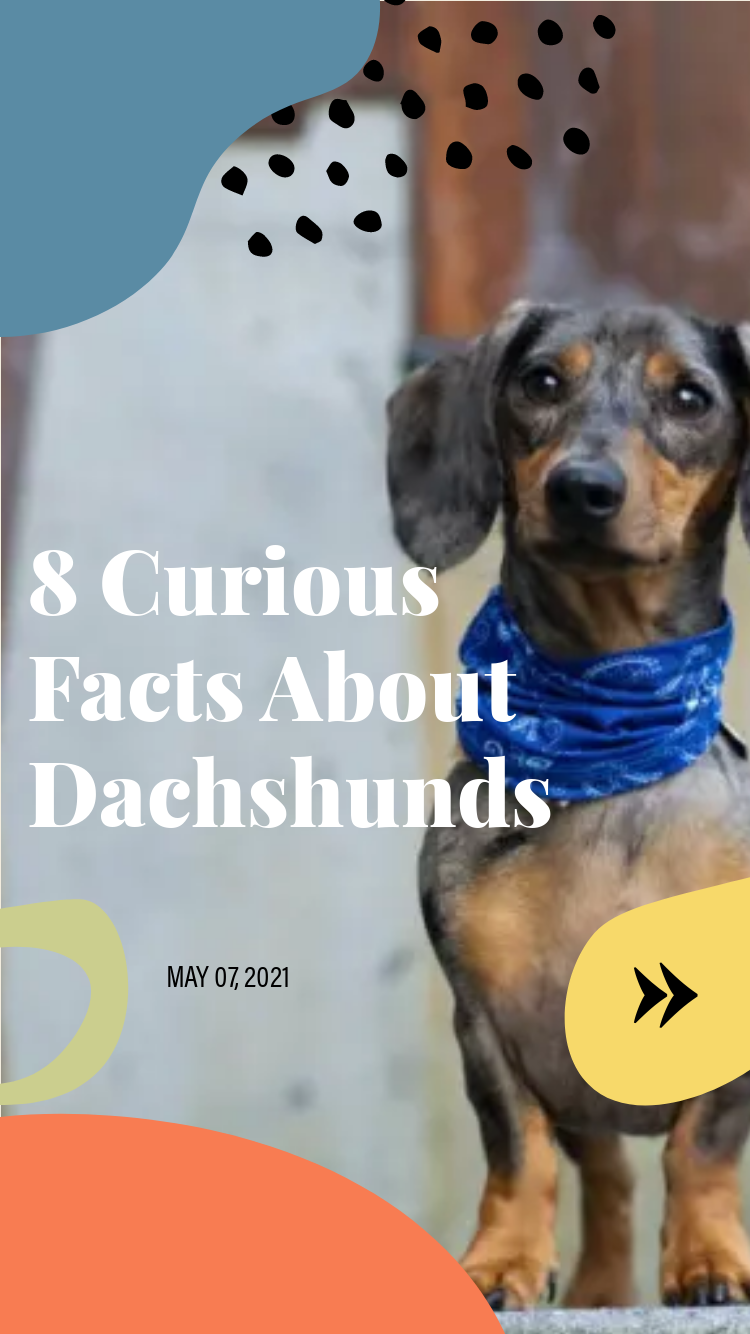 Check out our Story!

With their unique look and loud, playful personality, sausage dogs are without a doubt one of the most popular dog breeds in the world. So today, we decided to take a look at some of the most interesting, bizarre and fun facts about dachshunds. Here are our 8 favourite sausage dog facts!

No, this isn’t science fiction. In 2014, Rebecca Bourne from Suffolk won a competition to have her dachshund Winnie cloned for free. The procedure, which would normally cost more than $60,000, was completed in South Korea, where Mini Winnie was born to a surrogate mother.

Once the cloned puppy was sent back to the UK, its happy owners confirmed that she looked identical to the original Winnie when he was her age. Sadly, Winnie was run over by a car and died soon after but Mini Winnie continued to grow as a happy and healthy dog. She had her first litter of two adorable male pups in 2018 and the proud mama is expected to live a long life. We, for one, are looking forward to hearing more happy updates about Mini Winnie, the Cloned Sausage Dog, in the future.

Here’s a Guinness World Record worthy sausage fact! Funny, a mini dachshund from Japan, is the oldest living dog in the world (verified 12 November 2020). Born on the 27 May 1999, the adorable, fluffy pooch entered the world’s most famous book of records in 2020 at the age of 21.

Funny isn’t the only dachshund to hold the oldest living dog title. In 2019, Lady - a 20-year-old wirehaired dachshund from the USA had the honours. Before her, another American dachshund called Chanel held the title in 2009 at the age of  21, and even earlier, in 2010, Otto - a 20-year-old Dachshund-Terrier cross from the UK, had become the first sausage dog to be put on the list of oldest living dogs in the world by Guinness. 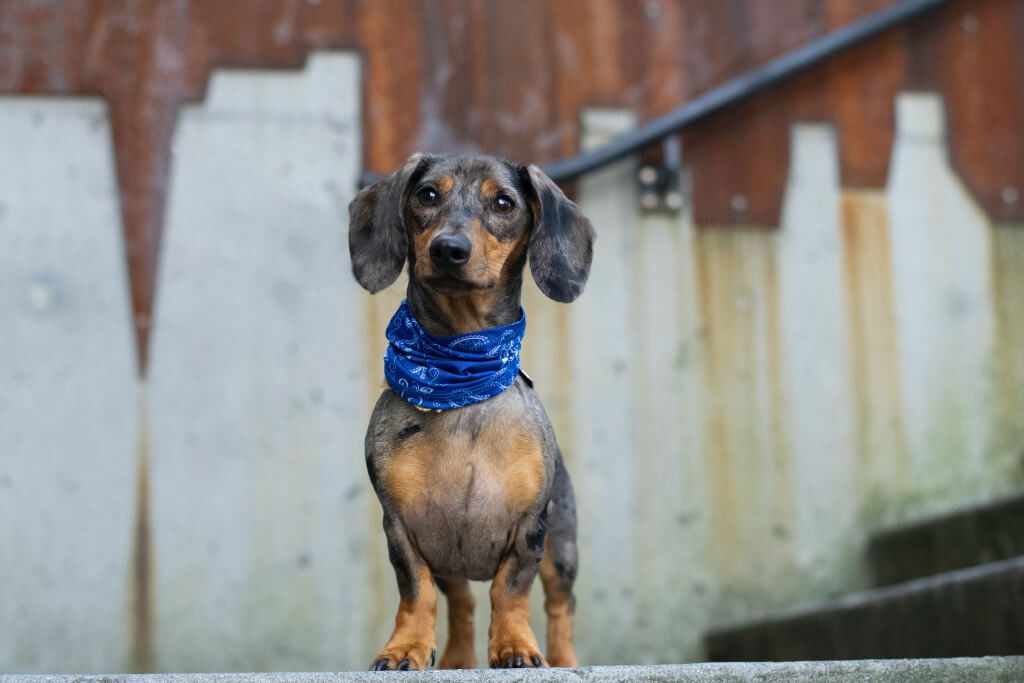 If you were wondering what came first: the sausage or the dog, the correct answer is the dog. It’s a confirmed fact that the hotdog was named Dachshund Sausage when it was first created; however, the origin story of the name isn’t entirely clear. Legend has it that a dachshund-loving, German butcher designed the sausage to resemble his favourite dog breed.

Sometime along the way, the name of the popular fast food item was changed. The reason behind it? The world “dachshund” was too hard to spell. Apparently, people loved the sausage but they were struggling to write its name and after a cartoonist made a spelling mistake, it was decided to rename the product to “hot dog”. The first documented mention of the term “hotdog” dates back to 1895 when it appeared on a lunch menu from the canteen at Yale University.

Wilhelm II, the last emperor of Germany, will be remembered in history for various things from his militarist approach to his scandalous newspaper interviews and his involvement in WWI. However, the one fact that led to his name appearing in our fun dachshund article is that the Emperor was a huge sausage dog fan (so much so that after WWI he buried five dachshunds in his place of exile - Huis Doorn).

Wilhelm II had many weiner dogs but the three most famous ones were Senta, Wadl and Hexl. While Senta earned a commemorative stone in his honour at the Huis Doorn park for his service in WWI, the other two were a much naughtier pair. In fact, Wadl and Hexl gained their world fame by nearly causing a huge international incident. It all happened during a visit by the Emperor to Archduke Franz Ferdinand in Austria. While the politicians were discussing international affairs, the Keiser’s sausage dogs hunted down and ate one of the host’s priceless golden pheasants. Oops! 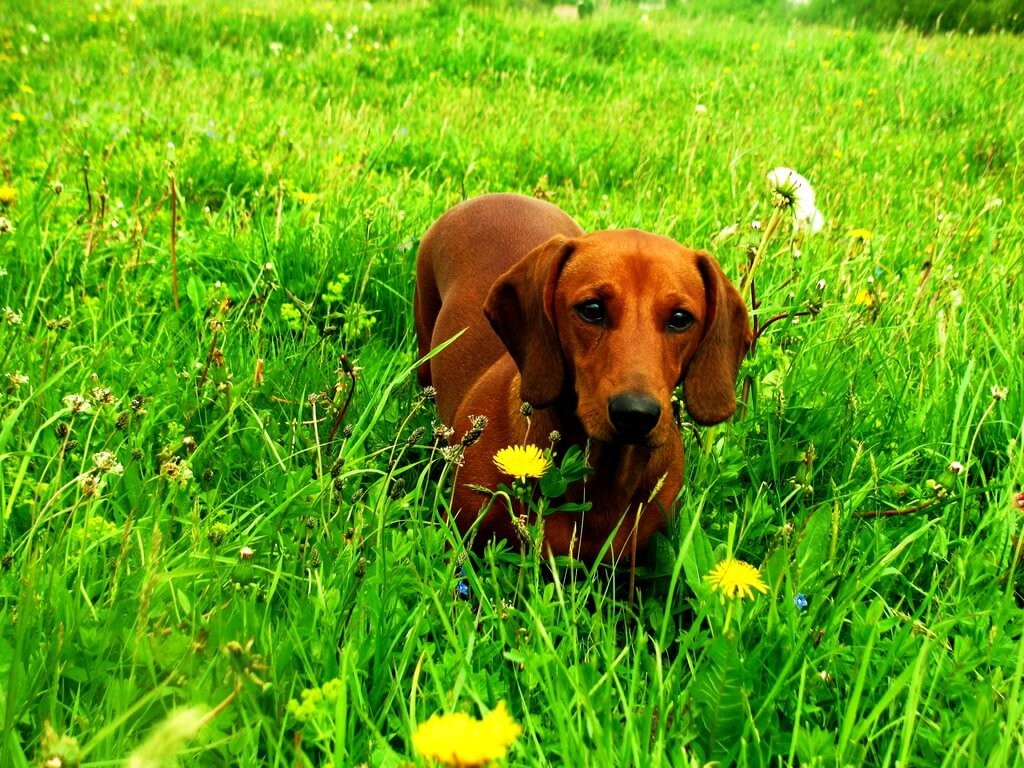 If you wondered where the challenging spelling of the word “dachshund” came from, it’s German for “badger hound” (dach = badger and hund = hound). Sausage dogs may look harmless and adorable but they were originally bred to hunt badgers, which, by the way, are nearly the same size as a dachshund!

The very specific shape of their bodies makes sausage dogs incredibly good at hunting underground. Their ability to dig and squeeze into burrows made them perfect for hunting not only badgers but other types of prey as well. There are numerous dachshund breed variations designed for hunting purposes; in fact, here’s another sausage fact for you -  the dachshunds are the smallest breed of hunting dogs in the world. Who knew sausage dogs could be this feisty?!

Arguably the most famous sausage dog owner in the UK was Queen Victoria. She was first introduced to dachshunds by her husband, Prince Albert, and she instantly fell in love with noble little creatures and went on to have numerous dachshunds in her lifetime. It is believed that the famous dachshund quote “Nothing will turn a man's home into a castle more quickly and effectively than a dachshund” belongs to Queen Victoria herself.

Also, if you think that dog wall art is a new invention, you are wrong! The Queen had her sausage dogs immortalised by famous painters on numerous occasions and she also reportedly wrote about her pooches in her personal letters on a regular basis. So, yes, we can add dachshunds to the list of popular things in UK culture that we should thank Her Majesty Queen Victoria for (right after Christmas trees, that is). 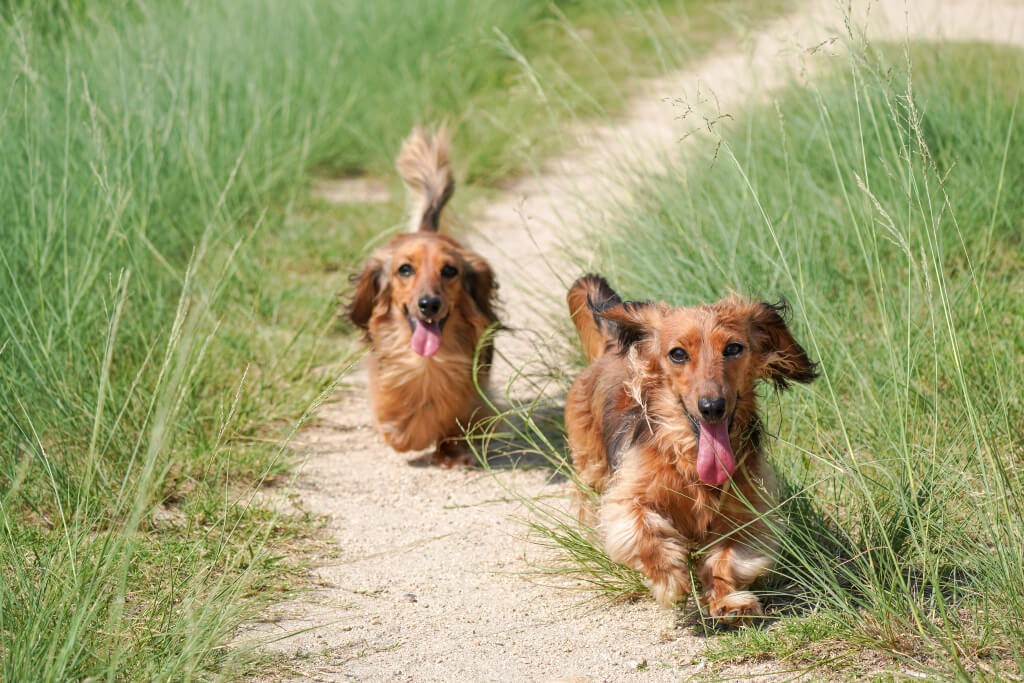 Traditionally, when you talk about a classic Weiner dog, most people would picture the brown, smooth, short-haired version. However, dachshunds can look a lot different than you might expect. In addition to the standard dachshunds (up to 35 pounds) that were bred as hunting dogs, there are also tiny, miniature dachshunds, weighing just 11 pounds or under. Then there are the different types of fur. Although the classic sausage dog has a smooth coat,  there are two furrier varieties that were created later on - wirehaired and longhaired dachshunds.

The last misconception about sausage dogs is that they can only be brown, black or red, where in fact, there are dozens more variations, including fawn (Isabella), black and cream, chocolate and tan and even blue. Not to mention that the coat pattern is also a factor. The main ones being brindle (striped), dapple (patches) and sable (lighter colour covered by a layer of a darker colour).

The dachshund has been associated as a symbol of Germany for centuries. Even though during WWII the innocent image of the sausage dog was used by cartoonists to ridicule the Nazis, Germany stood by their favourite dog even after that dark period in history.

The image of the dachshund took a turn for the better in 1972 when Germany chose Waldi, the sausage dog as the mascot for the Olympic Games in Munich. Designed by Otl Aicher, Waldi was the first-ever Olympic mascot in history. He was modelled on Cherie von Birkenhof, a real long-haired sausage dog. Another fun fact is that the marathon route for the 1972 Olympics was originally designed in the shape of a dachshund!

There are a whole lot of dachshund facts that could keep us going on for days but those were surely our favourite amongst them. Loved our sausage dog facts? Learn more about the personality, history and traits of the dachshund or browse our site to find if there are any dachshund puppies for sale near you.