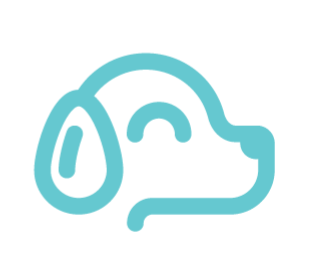 THE ONLY HEALTH TESTED, GOLDEN, FIELD TRIAL CHAMPION COCKER SPANIEL IN THE WORLD.

Currently the only Golden FTCH cocker dog available at stud which has a clear eye certificate to include Goniodysgenesis, GPRA and CPRA unaffected and is DNA health tested clear for FN, GPRA/prcd and AMS

He has sired progeny with a current total of over 400 clear health tests. This can be verified by visiting the MYKC website and inspecting the health test results progeny page

'Boots' is a dog of exceptional natural talent and ability and was very easy to train. He is the most honest dog that I have ever owned and always wants to work with me rather than for himself. He is a natural hunter and a very keen retriever and he seems to pass these qualities onto his pups. He also has the very rare quality of a good ‘off switch’ and is very calm and sensible when not working.

He won his first ever field trial as a novice dog, running in an open qualifier at Leadhills estate on the 24th of July 2013 judged by Greg Ford and David Lissett, after winning the run off against Wendy Openshaw’s 2 FTCH's. In his 2nd trial Boots was awarded 2nd and he then won the first open trial of the 2014 season 'on ice' against a very strong field of competitors making him a FTCH at the age of 2.

He then won again first time out on the 7th of October 2015 to qualify for his 3rd consecutive championships.
He won the Scone Gamefair novice working test in 2013 first time out and then got 3rd in the open in 2016 proving that he is just as happy retrieving dummies as game

He is a very experienced stud dog and has always been successful even with the most difficult of bitches and has an uncanny knack of knowing when they are ready.

He is an open coloured dog, so can throw almost any recognised cocker colour dependent on the colour of the dam, but predominantly being the popular colours golden and orange/lemon roan. He generally produces large litters of good looking, bold and healthy pups.

click here to see him at the 2014 championships held at Buccleuch Estates
****;t=18s

Natural mating's easily arranged with nationwide pick up and drop off service at any point on the UK motorway network.

All mating's 100% guaranteed, with the minimum of fuss and stress, even with the most difficult of bitches due to his vast experience of knowing exactly when the time is right, with discounted residential boarding if required.

IMPORTANT
NEVER send money, deposit or pay online before visiting the puppies to check the seller is genuine. We recommend you read our guide before purchasing. here Cocker Spaniel
Why Cocker Spaniels are greatSociable, sweet and adaptable to apartment living, these long-beloved gun dogs will easily steal your heart. They have been a favourite family dog in the UK for decades, a...
View Breed Guide
Contact Seller
Show Number Message Seller
Responds: Within hours
Viewed: 294 times
Last Active: 1 year ago