Are You Looking to Buy or Adopt a Komondor? The distinctive Komondor often called a mop dog for its unique appearance, is a beloved and faithful companion of working breed hailing from Hungary. From its past as a pastoral working dog, the Komondor has adapted well to modern living and has become a faithful and devoted companion for families here in the UK.

Perhaps the most obvious defining characteristic of the Komondor is his initial appearance, resembling a cleaning mop. This large breed is formidable and powerful in appearance, with a muscular and robust build underneath a characteristically long, corded coat that grows as the Komondor ages up to around 20-27cm in length.

His ears are set medium-high but do not raise when alerted. His tail is set low with a slight bend at the tip. There are many specific proportions outlined in international breeding standards, such as the muzzle being a little shorter than half the head length, and the body length must only slightly exceed the wither height.

Their gait is light, free, and joyful. They cover large areas of land with each stride, owing to their large size.

The Komondor’s typical coat is ivory white in colour, with no variations permitted (not to be confused with the Puli, which can have various colour coats). The tasselled cords can take up to two years to grow to their characteristically long length.

Komondors are related to other breeds from Poland, Russia, and Hungary such as the Puli, Mudi, and resemble the Old English Sheepdog to some extent.

How big do Komondor dogs get?

The temperament of the Komondor is closely related to its past as a traditional livestock guardian in Hungary. Consequently, they have a strong independent character and make for wonderful watchdogs and guard dogs alike. Moreover, like other pastoral breeds, the Komondor can remain cool and calm throughout the day, but will quickly assert its defensive and fearless nature if he feels trouble is afoot.

This contrasts nicely with his gentle and affectionate nature around owners and their families. Komondors (or komondorok in Hungarian) are wonderfully affectionate companions and form a loving, protective bond with their owners. They are quite intelligent and playful, but they may be standoffish towards strangers or other pets, including showing signs of aggression towards other dogs within his territory.

Komondors are fairly low-energy and will dutifully snooze during the day, although he will always keep an eye open for intruders. At night, they often like to patrol around their territory on the lookout for trouble.

Are Komondor dogs aggressive? Yes, they can show signs of aggression towards other dogs and sometimes towards strangers.

Socialisation is as important for Komondors much as it is for most other pastoral breeds. Although they can quite easily form loving, loyal bonds with owners and family members, they are a territorial and defensive breed naturally used for guarding livestock and warding off intruders.

This means that they naturally are wary of strangers and may show signs of distrust at first. They are also prone to chasing away small pets like cats or birds. Around other dogs, Komondors may show dominance or aggression, so proper care should be exercised if other dogs are present.

Prospective owners must have appropriate space for the Komondor to roam and claim its territory, which means it is not ideal at all for urban apartment dwellings. Only purchase a Komondor if you have plenty of garden or yard space or easy access to a nearby public park. Rural environments are much more suitable for Komondors.

Do Komondor dogs get along with other pets? No, they are prone to chasing small pets away.

Do Komondor dogs get along with other dogs? No, they are likely to show dominance or even aggression.

Are Komondor dogs good with strangers? No, they are initially distrustful of strangers.

This breed is best suited for owners that already lead an active outdoor lifestyle, however, they are slightly less demanding in terms of exercise than many other ‘outdoors’ breeds since they are independent and were originally bred to live outdoors guarding over livestock for long periods of isolation.

They may not be the best choice for first-time pet owners, and they are not adaptable to small, enclosed environments such as apartments or small homes. If taking them into public spaces, keep them on a lead to avoid any chasing or aggressive behaviour towards other animals. Make sure they have plenty of off-lead time at home, preferably in a large, enclosed yard with a fence.

Are Komondor dogs good for first-time owners? No.

Are Komondor dogs prone to drooling? Not much.

Are Komondor dogs a good breed for apartment living? No.

Do  Komondor dogs shed a lot? No.

Can Komondor dogs be left alone at home? Not at all.

Can Komondor dogs handle cold temperatures? Yes, thanks to their thick coat.

The Komondor is generally a healthy breed, ranking somewhere around average when compared to the health of other breeds. In any case, they are prone to certain health conditions which may be hereditary or acquired as they grow, which is why it is important to feed them a healthy, nutritious diet and to have them inspected by the veterinarian frequently.

Komondors are playful and enjoy some vigorous playtime with their owners, children, or by chasing around small animals on the property. Although they are a large pastoral breed, they are relatively low energy and don’t require as much exercise as many other outdoor breeds, particularly hunting dogs.

Budget around an hour every day of exercise and play time. A brisk morning walk followed by a half-hour of play time will keep your Komondor tired and happy. If possible, allow them to roam freely on the property and in the yard. They are a territorial pastoral breed that need to feel a claim to their territory.

How much exercise does a Komondor dog need? - At least 1 hour per day

Do Komondor dogs like water play? Yes, but always maintain supervision and dry off their coat after swimming.

One of the most important concerns with Komondors is the quantity of high-quality food they need to remain healthy and happy. Komondors consume a considerable amount of food, but they are highly prone to bloat as well, which means they should ideally be fed in multiple sessions, e.g. two sessions per day as fully-grown adults rather than one, large feeding session.

Ensure they are consuming plenty of nutritious proteins, minerals, and vitamins, and discuss dietary options with your veterinarian if you are concerned about his health.

How much should I feed a Komondor puppy? About 300-540g per day, in three sessions.

Komondors are very demanding in terms of grooming. Even if their long, tasselled coats do not shed and they do not require brushing, the very same tassels can quickly become corded up and tangled into a mess. Branches, twigs, or debris easily get caught in their coats, which means constant grooming is essential to keeping them clean and healthy.

They are also emotional and affectionate, so even if they are a pastoral breed that can remain alone for extended periods, there should always be a family member ready to keep the Komondor company.

- Grooming: at least 3-4 times per week, manually go through all of the Komondor’s tassels and untangle any knots, inspect for debris caught in the cords, and clean their ears and eyes.

- Emotional care: do not leave your Komondor alone for long periods, and ideally ensure that someone is always home to keep him company.

History of the Komondor

The Hungarian Komondor was introduced to the Hungarian steppe from the invading Turkic Cuman peoples sometime in the 12th or 13th century.

These adorable dogs were beloved by the Magyar and Cuman peoples that settled what is today Hungary and served as faithful livestock guardians. In fact, they performed these duties over the centuries so well that they were nearly brought to extinction in 1944 since troops passing by livestock fields in silence would have their location revealed by Komondors guarding these fields.

The Komondor is recognised by the Kennel Club and many other international cynological institutes and associations, although it remains a rare breed in the UK to this day.

Getting a Komondor Puppy

It is difficult to acquire a Komondor puppy in the UK on account of their rarity. This also means that purchasing or adopting a Komondor should be carefully planned out beforehand. Read our buying guide first. If you’d like to go ahead and purchase a Komondor, our breeders are reputable and reliable.

Sensible alternatives to purchasing a new Komondor puppy include rescue and adoption.

Additional resources can be found via Komondor registries and associations such as: 10 Loyal Dog Breeds To Be Your Best Friend 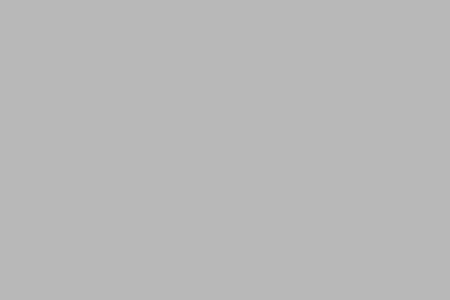 Meet the 10 Strongest Dogs In The World