Dogs have been our loyal companions for thousands of years and yet, there is still so much to learn about them. Just when we think we know all there is to know about dogs, a new fascinating fact comes to light. The amount of dog trivia out there is astounding so we’ve gathered 20 of our favourite dog facts to leave you in awe of our four-legged friends.

Want to share your love of dogs with the world? Check out these dog quotes for Instagram or make your friends laugh with these funny dog puns.

Let’s face it, a dog’s sense of smell is essentially a superpower. Depending on their breed, dogs can smell between 10,000 to 100,000 times better than we can.

The part of their brain that processes scents is (proportionally) 40 times larger than human brains. It’s no surprise our dogs want to spend so much time sniffing, not only do they enjoy it but it is also their way of finding out information about the environment they are in.

2. Dogs can hear 4 times further than humans can

A dog's hearing is considerably better than human hearing. Not only can they hear across further distances but they can also hear higher-pitched sounds and are able to hear softer sounds than we can too.

3. Dogs can sniff at the same time as breathing

Dogs use their noses a lot and, impressively, they can smell while air continues to move through their lungs. This means a dog can continue breathing as normal while they are sniffing and working to identify smells.

4. Dog’s noses are wet to help them absorb scent chemicals 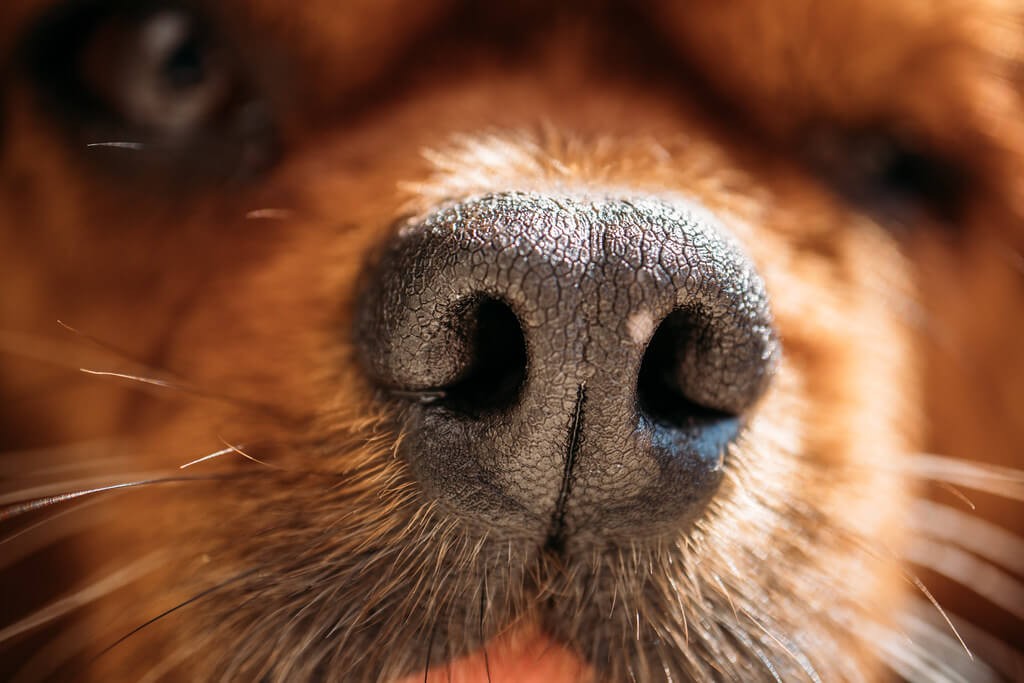 It’s a question all dog owners ask at some point, “why are dogs' noses wet?”. A dog's nose secretes a special mucus that helps them absorb scent chemicals. The scent particles stick to the dog’s damp nose and then the dog licks their nose and carries the scent particles to the Jacobsen’s organ in the mouth. This helps them understand and identify scents.

5. In a long-distance race, a greyhound could beat a cheetah

While cheetahs can run at speeds of almost 75mph, they can only do so in short sprints of around 300 metres. This means a greyhound, which can run up to 45mph and can keep up a speed of 35mph for 7 miles, would be able to overtake a cheetah in a long-distance race thanks to their stamina and overall endurance.

6. Dogs sweat through their paws

Dogs are able to sweat through their paws but this is only a small part of their temperature regulation. Dogs mostly rely on panting as a way of cooling themselves down.

7. Dogs have a preferred paw

Just as we are right or left-handed, dogs can be right or left-pawed. A few studies have found that dogs often have a preferred paw and this is the one they will use first when they play with their toys or play interactive games. 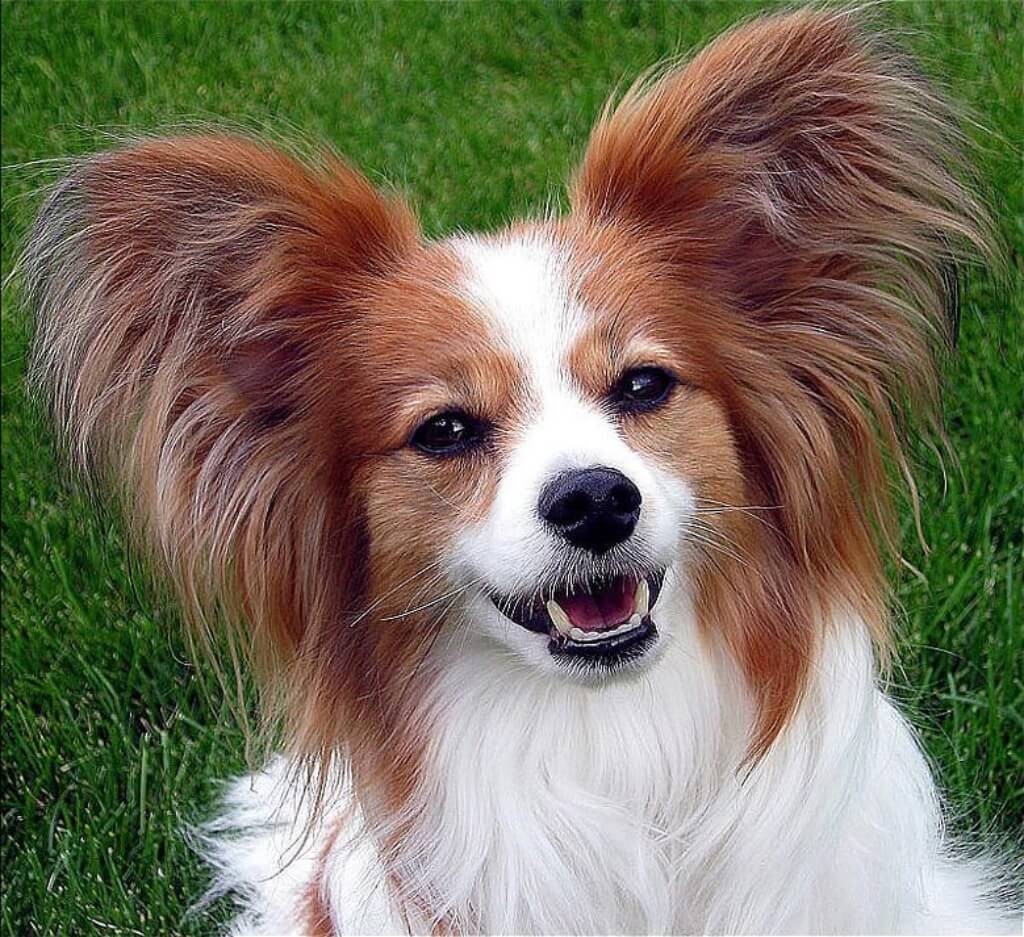 The muscles in a dog's ear help them to express how they are feeling through body language and allow them to move their ears so they can hear noises better. These muscles mean dogs can move and control their ears independently of each other allowing them to pick up sounds from different directions. For comparison, human ears have only six muscles.

9. The tallest dog globally is 44 inches

Zeus the Great Dane has the world record as the tallest dog in the world, he was measured to be 44 inches (1.118 metres) tall and weighed 70.30kg.

The Chow Chow and Shar-Pei are the only breeds that have fully black tongues. This is one of their most recognisable features and the reason for the black tongue is not known. Interestingly, Chow Chow puppies are born with pink tongues and they begin to turn bluish/black at around 8 weeks old.

12. The African Painted Dog is the world’s most successful predator

These dogs have a hunt success rate of 50-70%. This is consistently the highest figure among mammals and makes the African Painted Dog the most successful predator in the world.

Bluey the Australian Cattle Dog has the world record as the oldest dog ever. Bluey lived in Australia where he worked with livestock for nearly 20 years and lived from 1910 to 1939.

14. 3 dogs survived the sinking of the Titanic

A Pekingese and 2 Pomeranians managed to survive the historical sinking. The 3 dogs were from First Class cabins and it is believed that the Pomeranian puppy was wrapped in a blanket by her owner so she could carry her when escaping and everyone thought she was carrying a baby. 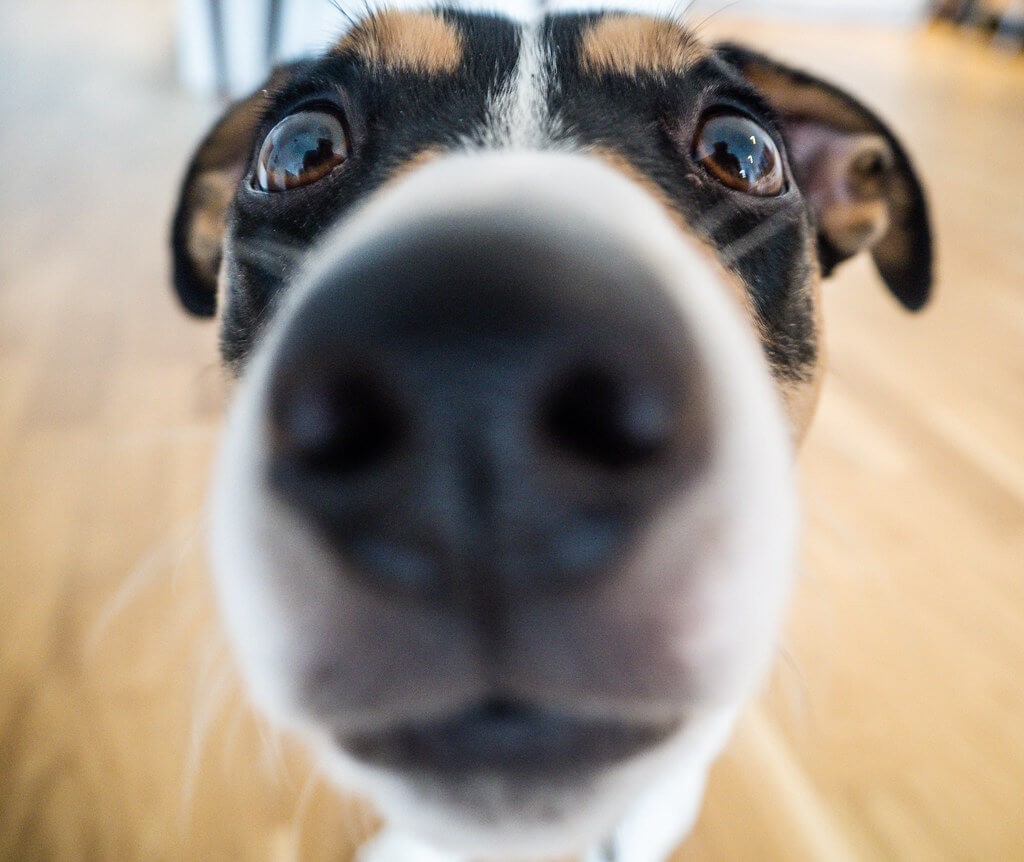 Dogs can be trained as medical detection dogs where they can detect diseases such as cancer in humans. They can also be trained to monitor conditions such as diabetes and can alert humans when they need to take medicine or call for help.

A Golden Retriever named Max was elected the first mayor of a town called Idyllwild, California in 2012. When Max passed away, the town elected another golden retriever (Mayor Max II) into the office. Mayor Max II’s duties include visiting with locals, attending town functions and grand openings, and being in the town parade.

The nose print of a dog is as unique as a human’s fingerprint. There is very little research into this and the ability to use nose prints to identify dogs but a recent study has shown a dog’s nose print is well-established by the time they are 2 months old and it remains unchanged over the first year of their life.

18. Dogs are as smart as two-year-old children 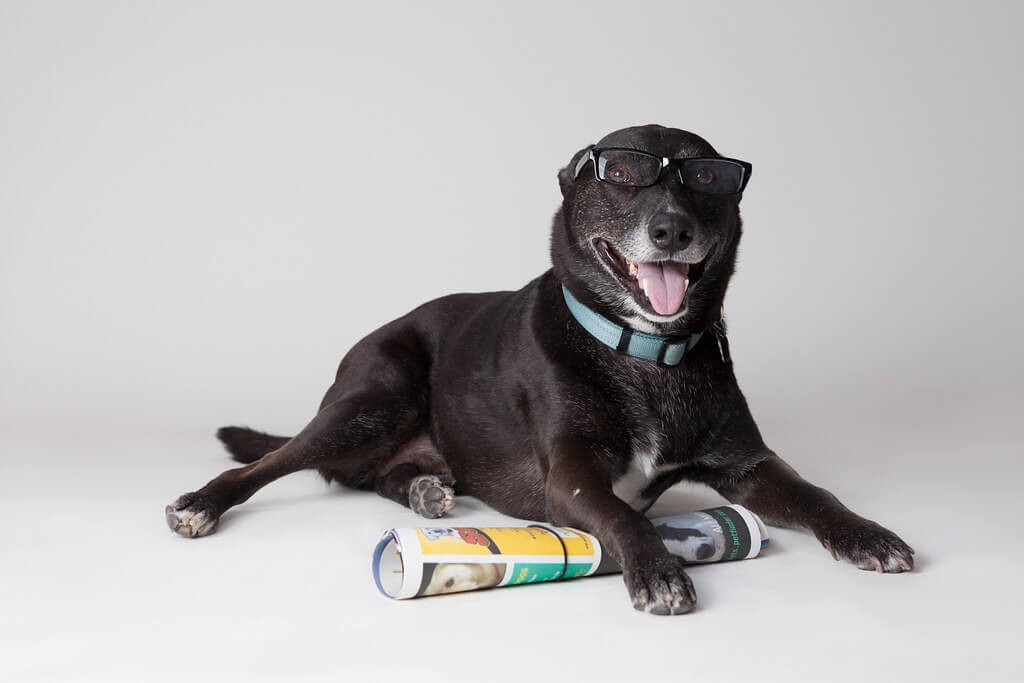 The average dog is able to learn 165 words, signals and gestures which is similar to a two-year-old child. The smartest dogs are able to learn around 250 words.

19. Dalmatians are born without spots

Dalmatian puppies are completely white and they develop their characteristic spots as they get older. Most puppies begin to get their spots between 10 - 14 days old and the spots will continue to appear and darken over the first year and a half of the dog’s life.

20. Dogs are not colour-blind

This is one of the common dog trivia questions you’ll now be able to answer correctly! Despite the common belief that dogs can’t see colour, they can.

Although they don’t see the same colours as humans and they have particular difficulty distinguishing between shades of green and red. Yellow and blues are clear and will stand out better so keep this in mind when buying new toys for your dog.